Although highly innovative and brimming with new exotic features, crypto markets preserve profound connections with classic economic theories: enthusiasts of new analytic techniques should not overlook time-tested methods of market analysis. The Elliott Wave crypto trading principle is one of such approaches — here is a classic analytic theory, which works just fine when it comes to the prediction of prices of Bitcoin, Ethereum, and countless altcoins.

The Wave Principle: What Is It

This fascinating theory was created by Ralph Elliott in the 1930s during his work as a financial accountant. He formulated it in his first significant work The Wave Principle, which was published in 1938, and spent the rest of his life polishing it and developing its principles further.

This theory postulates the existence of certain patterns in consumer behavior and price changes. According to this approach, markets constantly undergo cycles of recurrent changes, which may be identified, classified, and predicted. These price changes appear in the form of waves: they have predetermined directions and structure, and while their duration and size may be different, their shapes are recognizable and similar.

How to Use Elliott Wave Principle in Crypto Trading

Just like all decent approaches to market analysis, this theory does not rely solely on a mathematical basis. Instead, it takes into account psychological mechanisms as well; for instance, it shows that markdowns, which inevitably follow significant markups, are rooted rather in the behavior of investors, rather than in the actual situation on the market.

Such a multifaceted approach makes this theory especially promising for traders of crypto currencies. In terms of the Elliott Wave theory, cryptocurrency represents a nearly ideal model: because of their extremely high volatility, a distinctive lack of anchoring factors, and particular dependency on the mainstream opinion, these assets usually form distinctive waves with especially high amplitude.

How to Use Elliott Wave: The Fundamental Cycle

According to the classic definition, we can observe five waves, which form a larger wave. Each of these waves can be separated even further into five smaller sub-waves. Contemporary researchers usually determine 8-13 waves, which illustrate the situation in the crypto market with greater accuracy.

As for the general classification, the waves are divided according to their direction:

●     Motive waves move following the trend. They are the easiest target when it comes to spotting reiterative patterns.

●     Corrective waves move against the trend. The price goes down, yet never below the initial level set during the relaxation period. These directional movements provide necessary corrections and prepare the market before the next motive wave.

When describing price oscillations in the crypto market, researchers prefer to talk about an eight-part scheme. Five of these waves (1-5) are motive waves, followed by three corrective ones (A-C).

The five-part pattern consists of the following elements:

●     The first wave is motive in its nature. It determines the foundation of the arising trend. During this sub-period, we usually observe solely uninterrupted growth; antagonistic tendencies are rare if any.

●     The second one is antagonistic. The prices change rapidly and very sharply, nonetheless, they never dive below the initial level. Especially sharp turns are characteristic of cryptocurrencies: we often see how investors rush ahead, trying to dump their assets right after the first significant peak.

●     The third wave once again pushes the situation forward. This motive wave is the strongest one. It sets the maximum indications in both duration of the period and its amplitude.

●     The fourth wave is corrective by nature. A great number of players decide to step down and capitalize when there is still time before the fall.

●     The final motive wave represents the high hopes of the majority of interested players. Sure, the price has fallen; nevertheless, many investors are still ready to risk and wait for another peak. 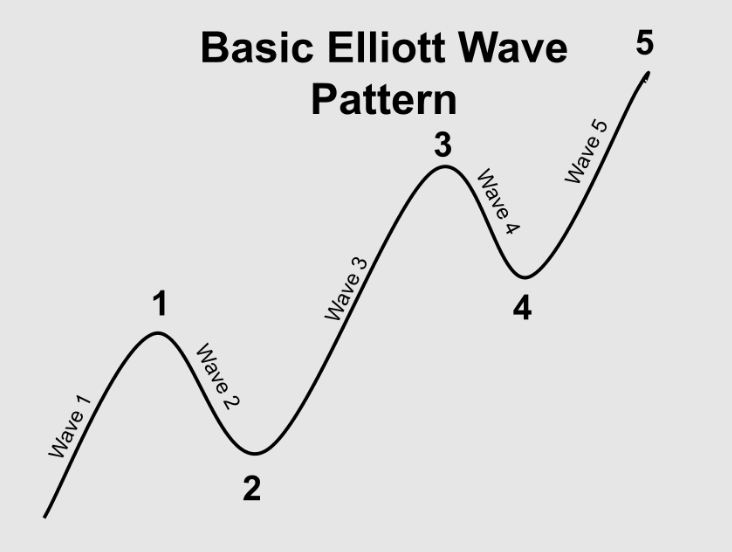 After the end of the previous sub-period, we may spot a rather brief three-part pattern. It consists of the following elements:

●     A-Period. This motive wave is often illustrated as a tail said of the first motive wave moving in the opposite direction. Note that even though the price is going down, we are observing a motive wave: it moves in harmony with the market tendencies.

●     B-Period. A rather small corrective wave, guided by optimistic beliefs, determines the last price peak of the cycle.

●     C-Period. This is a final element of the puzzle: a motive wave, guided by the pessimistic attitude of the major players, which fixates the last price of the cycle. The price moves down until it reaches a new equilibrium level. 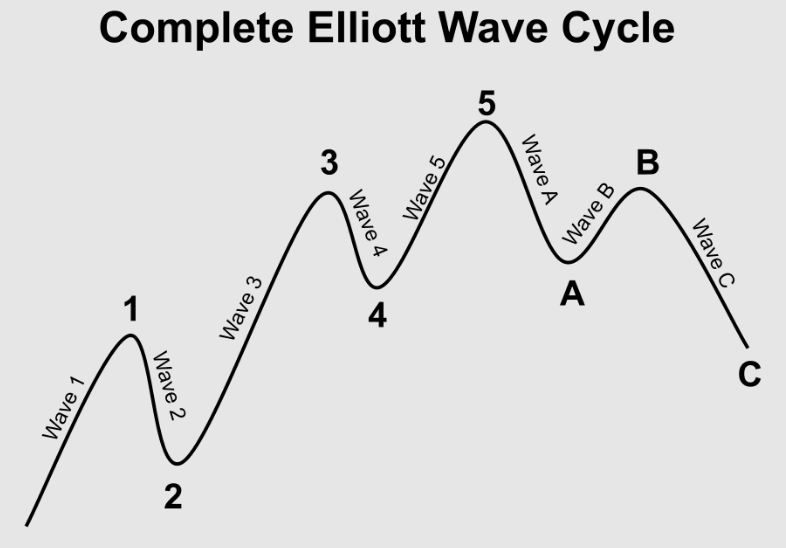 How to Spot Motive Waves

Motive waves are especially important from the point of view of crypto traders: all players desire to catch the victorious third wave. Although their signs are never that obvious, the proposed principle provides us with several useful guidelines. For instance, here are a couple of peculiarities, which are indicative of promising options:

●     Price ranges of the first and fourth waves never overlap.

●     The third wave is always longer than the first and the fifth ones.

The provided principles are characteristic of motive waves. If we observe any major departure from the aforementioned principles, we should reconsider our decisions: the observed structure cannot represent the motive wave.

In addition to the already mentioned pros, this analytic tool has several other significant advantages when it comes to crypto trading.

●     It provides an illustrative scheme, which may be used to indicate the current situation on the market with great precision.

●     This set of rules is very scalable: one can use it to determine different scenarios.

●     Thanks to it, investors may predict not only directions but also the strength of the trend.

●     Accurate prediction of corrective waves provides great opportunities for both bulls and bears.

Despite its many advantages, this approach may be confusing for traders with little experience in spotting hidden trends, especially when it comes to such a turbulent environment as the crypto market. To simplify this task, one can use automatic trading tools, such as Jet-Bot. This mechanism is designed specifically to increase one’s efficiency in trading by following the best dealers and copying their decisions.

While it significantly increases the chances to earn a profit, the main advantage of this platform for those who wish to learn more about crypto trend spotting is its educational value. Such a mechanism makes it possible to learn trend spotting gradually without risking too many resources. Hence, thanks to it, traders can study the Elliott Wave principle using relevant examples supplied by specialists in the field.

This analytic method demonstrates reliable results in the prediction of prices and trends of crypto assets. Those players who know how to use Elliott Wave in trading usually have a significant advantage when it comes to well-judged decisions. Although its efficiency largely depends on the experience of the analyst, it also provides promising options for newcomers who may learn faster by spotting less obscure patterns.