GT-Protocol Blog Testing supports before break up or break down!!!!

Crypto consolidating under resistance lines and tests supports during this day if supports don’t hold up we could see lower price target in crypto.

BTC is at trading range and test 22.300$ support and bounce back to the mid rage of trading channel. If support don’t hold we could see test of next support range of 21.500$. Trade with low leverage we are still at big resistance and rejection can make new lows 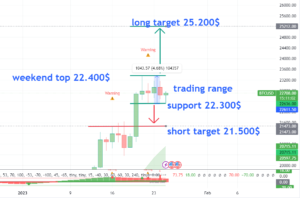 ETH retest all short targets and now holds above last support line. ETH show no strenght another retest of 1510$ could bring ETH down to start point of push up. 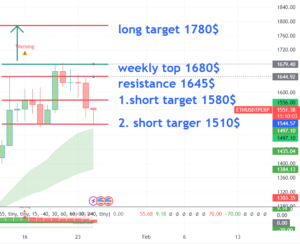 XRP retest support under 0.4$ and get push back from support. Now holds over 0.4$ with aim to 0.45$. Trade with small leverage big swings are coming in both direction. 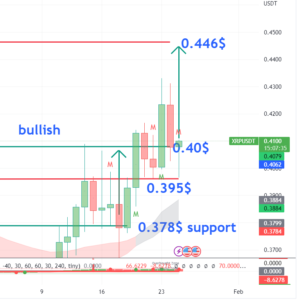 LINK was push back from big 7$ resistance and now consolidating under 7$ and aming for next leg up. Still in big resistance zone small leverage use. 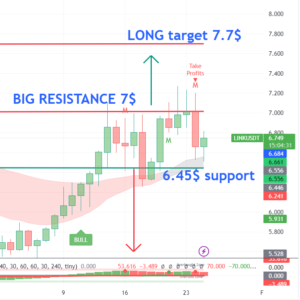 SOL broke supports and hold at 22$ support and 23.6$ act as resistance. If 22$ don’t hold we could see 20.5$ as last support before next leg down. Trade with small leverage SOL oscillate +5% on daily. 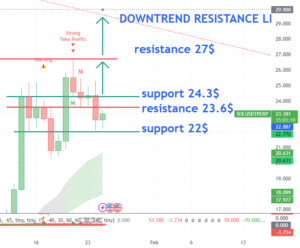 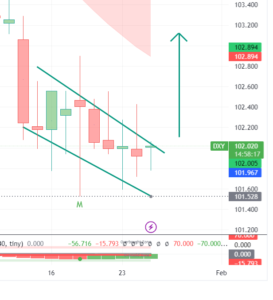 DID A RANSOMWARE PAYMENT PUMP BITCOIN?

Did an FAA ransomware payment cause the recent pump in Bitcoins price?
Tucker Carlson seems to think so. In case you don’t know Carlson, he’s a primetime host on Fox News with resting WASP face.
Last week, Carlson dropped his new theory: the recent FAA outage caused Bitcoin’s price to spike.
The FAA’s computer systems went down on January 11th reportedly due to a network outage caused by a corrupt file. Since then, the price of Bitcoin has jumped over 20%.
Coincidence? Yes Carlson doesn’t think so. He claims that the U.S government was secretly forced into paying a ransom using Bitcoin, causing the price to jump. 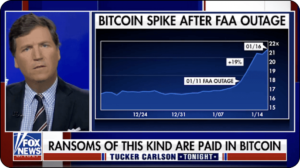 So, is he right? Let’s dive in.
Myth : Ransomware payments can move a $440b market by over 20%
The Truth: Even if Carlson’s theory (which many are calling a tinfoil hat) is right and the FAA did pay a ransom, it probably wouldn’t be enough to move the Bitcoin market.
Bitcoin has $440b+ market cap. It would take BILLIONS of dollars to move the price, even just a little bit. Not to mention a 20% price increase…
And historically speaking, ransom demands aren’t that much.
Kaseya – large IT infrastructure for major companies. Ransom = $70M (largest ransom demand known to date; not paid)JBS Foods – one of the biggest meat processing companies in the world was hacked. Ransom = $11M (paid)Colonial Pipeline – U.S critical infrastructure that was hacked. Ransom = $4.4M (paid)
Multi-million dollar ransom payments trying to move a $440b market would look something like this…

Myth #2: “Ransoms of this kind are paid in Bitcoin”
The Truth: Contrary to popular belief, crypto is one of the worst ways to pay for a crime.
That Colonial Pipeline ransom I mentioned above? Sure, the $4.4M was paid in Bitcoin. But the FBI was able to recover most of the ransom payment a few months later.
Turns out a public ledger really sucks for secret ransom payments. Who knew?

Copy trade TrendRiderV2 start trading and make 5% in day and coming back with great PROFIT.

Stay online and join FREE channel powered by Top Trader Jake and get premium data and bot setups to grow your account and catch big PROFITS.

Sentiment Is now BULLISH and real test for bulls are this week.

Dear traders, Monday open strong and SPX hit resistance and pull back. Looking this week to break resistance what would make market go up more. If resistance hold it will turn market... 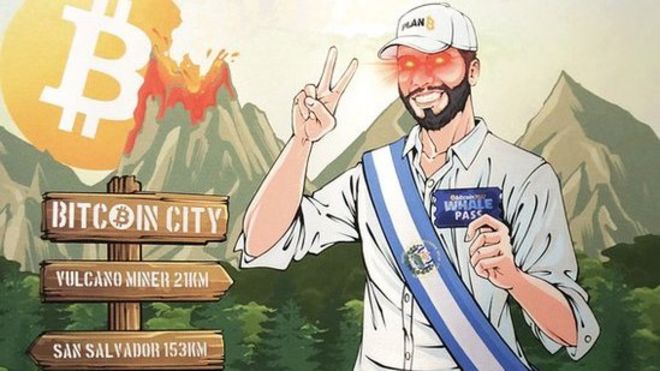