GT-Protocol Blog Tesla Sells 75% of Its Bitcoin! (But It’s Not What You Think) 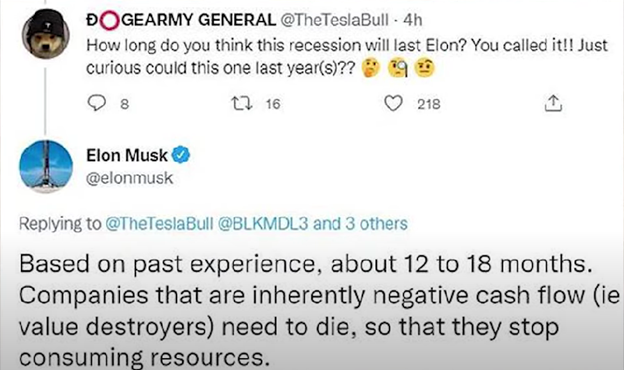 After a tumultuous run in the crypto market, Tesla has decided to sell 75% of its bitcoin holdings and turn them into fiat. In the second quarter earnings report, Tesla recorded a $2.6 billion profit, but it doesn’t look like any of it will be attributed to bitcoin gains. In February of 2021, Tesla announced that it had purchased 1.5 billion dollars worth of bitcoin. In a filing with the Securities and Exchange Commission, the company said it bought bitcoin for more flexibility to further diversify and maximize returns on its cash.

When the news broke of Tesla buying bitcoin, the price of bitcoin jumped 17% to $44,220. In 2021, Tesla announced that they would no longer accept bitcoin as payment, only two months after stating that they would. While Tesla’s on-again, off-again relationship with Bitcoin may cast doubt on the cryptocurrency, there is more to the reason for a 75% drop. If you want to be prepare to the time when the bitcoin will go up, register at copy trading crypto platform Jet-Bot, and get your first passive crypto income. The platform has been launched since 2019. It allows you to get notifications on your Telegram, copy best traders and be aware of your future. The average monthly profit is +21%/month. Check out top traders rating and choose best traders whose deals you would like to copy trade crypto.

During an investor call, Elon himself stated that the sell-off should not be taken as some sort of verdict on Bitcoin’s future. When Tesla announced its purchase of bitcoin in February of 2021, Tesla’s stock was trading at approximately $863. Tesla’s current stock price is $742, a 15% decrease.

The company’s CEO, Elon Musk, alluded that the market conditions are a big motivating factor to liquidate 75% of their bitcoin inventory. The overall economic downturn has affected many, and Tesla is not immune. The company’s reporting that it made $2.26 billion in profit this quarter, around a 31% decrease from last quarter when it posted profits of $3.3 billion. The profit was earned on $16.9 billion in revenue, which is also down from Quarter 1, where the company reported bringing in 18.7 billion.

While the numbers are down from quarter to quarter, the company is still more profitable than a year ago. In the second quarter of 2021, the company reported that it made 1.1 billion on $1.1 billion in revenue. It appears that the downtrend in revenue and profit, in conjunction with the instability of China, has cost Tesla more in fiat than bitcoin . Tesla’s car production decreased from quarter one, and in its earnings report, Tesla says it faced limited production and shutdowns in Shanghai for the majority of the quarter but that it continued to ramp up production at its new facilities in Berlin and Austin, Texas. Elon stated that the reason they sold a bunch of their bitcoin holdings was that they were certain as to when the coveted lockdowns in China would be lifted, so it was important for them to maximize our cash position.

In addition to the difficulties with Chinese production, Tesla also reported increased prices for everything from raw materials to logistics. None of this should come as a surprise to Elon, as he has been hinting at a recession since December of 2021 and more definitively in late May or early June of 2022. In response to the question, “Do you still think we are approaching a recession on Twitter?”

When asked how long he believes the recession will last, Elon replied,

The exact purchase price for Tesla’s bitcoin purchase is not known but is believed to be in the $42,000 to $46,000 range. Bitcoin has since dropped dramatically and is now trading at $23,000.

Analyst Brian Johnson of Barclays estimated a 460 million-dollar profit for Tesla earlier this week. bitcoin-related impairment given the sell-off. Since the news broke, bitcoin has seen a downtrend and is currently trading at $22,762, down 2.4% in the past 24 hours. Many bitcoin detractors, skeptics, and haters will see the loss of Tesla and find fault with Bitcoin, which is understandable, but it should be noted that Elon did not close the door on Bitcoin completely.

As he stated in his earnings call, Tesla is open to increasing its crypto holdings in the future. In addition, Elon has previously stated that he wants to see bitcoin succeed in crypto trading, stating,

‘I might pump but I don’t dump. I definitely do not believe in getting the price high and selling it or anything like that. I would like to see Bitcoin succeed.’

While this statement is not entirely accurate, as it does appear he is dumping at an inopportune time. Having $936 million in cash for Tesla’s upcoming challenges seems to be the driving force for the move. Maybe Tesla will purchase more bitcoin in the future, but as Michael Saylor would say,

What do you think of Tesla’s move here? Is this a negative blow for Bitcoin?