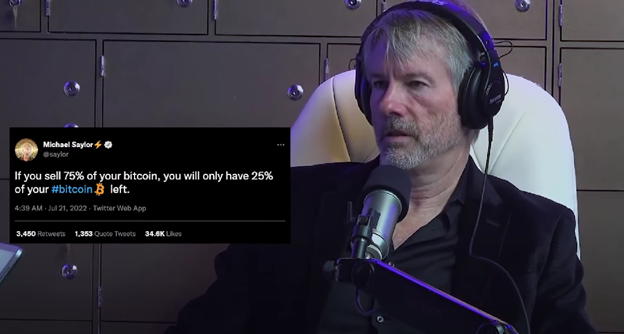 Earlier this week, Tesla made headlines as it was reported that the electric car giant sold off 75% of its bitcoin holdings. In February of 2021, after Tesla announced that it had purchased $1.5 billion worth of bitcoin, the price of bitcoin skyrocketed. Tesla then trimmed its bitcoin position by 10%, a sale that boosted that quarter’s earnings by $272 million. Tesla had not bought or sold any more bitcoin until the most recent announcement. It is unclear what Tesla’s buy-in price was for bitcoin, but it has been speculated that since it sold 75% of its holdings after bitcoin’s downfall to the $18-20k range, Tesla did take a loss.

However, Jet-Bot is used for beginners to copy best traders and follow all their deals automatically. Copy-Trading allows you to follow the Top-Trader deals and earn profits 24/7 without any efforts or issues for you. The platform uses Binance trading bots and is an official broker of the Binance exchange. There is Wide range of strategies and indicators to build your perfect copy trading bot. You may begin your freedom right now with Jet-Bot and earn from 200% up to 2,000% APY!

According to its SEC filings, Tesla recorded realized gains of $64 million on its recent bitcoin conversion into fiat currency while still holding bitcoin worth $222 million in market value. In a statement informing the SEC, Tesla stated,

“We recorded 170 million dollars of impairment losses resulting from changes to the carrying value of our bitcoin and gains of $64 million on certain conversions of bitcoin into fiat currency.”

Tesla continued detailing their current position. The fair market value of such digital assets held as of June 30th, 2022 was $22 million. On June 30th, the price of Bitcoin was hovering around $20k after falling briefly to $18,784.

At the time of writing BTC is trading at $21,106 down 5.8% in the past 7 days according to coingecko.com. Many expert analysts and even Elon himself are calling for a recession in the near future, which is one of the reasons Tesla wanted to be in fiat.

Another reason is because of issues Tesla is facing with their relationship in China. In an earnings call, Musk stated,

‘The reason we sold a bunch of our bitcoin holdings was that we were uncertain as to when the COVID lockdowns in China would be lifted, so it was important for us to maximize our cash position.’

Tesla’s move was garnered with mixed reactions and speculation within the bitcoin community. Michael Saylor took to Twitter to reaffirm his commitment to bitcoin. In a series of tweets Sailor tweeted out:

Binance CEO CZ also shared his thoughts on the sale, stating that it doesn’t matter as it doesn’t affect the fundamentals of the leading cryptocurrency. CZ also confirmed his all-in commitment to crypto, stating,

Although Elon is the richest and one of the most famous businessmen today, his liquidation might mean nothing, as CZ stated. However, he is just one of many who have liquidated recently. As bitcoin has dropped below the $22,000 level, more than 57 000 traders have seen their positions liquidated in crypto, with the most prominent of these having been the ethereum liquidations. The price has also not been able to beat its 200-week moving average as the resistance faced at this point has brought the price to a lower support point. This has marked a bearish trend for bitcoin, meaning that the digital asset will likely test $20,000 in the coming days.