So, I figured out that if I’d so what I did is I bought in 2013 200 per bitcoin. It went up to it, it went up to a thousand in six weeks, but I had a long-term thesis. I wrote the first kind of macro strategy paper about the valuation of bitcoin, I thought this could be worth a million dollars. Let’s assume I’m an idiot by 90 it’s all worth 100 grand, so this is the best bet I’ve ever seen so I held on and then it fell 82. I’m like wow but I’d taken the bet and I put money in was not levered. I could afford to take the bet, so I just thought I’m just gonna forget about this and just see because this is a longer-term thing and you don’t normally make money that fast and doesn’t normally fall this far.

Earn from 200% up to 2,000% APY! Save your money and create passive income! If you want to be aware of all crypto movements, download Jet-Bot copy trading platform!

So, let’s just see and then I kind of forgot about it 2014 and then 2015 starts going up again and then by 2017 I’m now mentally scarred from an 82 drop, coulda-woulda-shoulda I? Then see confusion in the market about either we’re gonna fork bitcoin since two different chains. The price is two thousand I’m now up tenfold I’m a genius. My macro bet has paid off sort of I sell out it goes up to 20 000 in three months later and I don’t mind I don’t mind because I’ve made 10 times my money what I did was deviate from my thesis. My thesis was this was a 10-year bet. I took the money off the table within five and then I went back and then, obviously, I bought back in may something like that 2020 and had a good run and put more money into it than I had originally in my original bet. So, my view and still remains even though it seems pretty unfashionable right now with inflation at eight and a half percent. My view remains exactly what you talked about is as prices go up the economy slows down with the exact mechanism. Therefore, it becomes self-regulating and it becomes that because people are quite in debt and it’s a very old population in the US and Europe and elsewhere.

So, if you raise prices on your retired parents, they can’t earn more money because they’ve got a pension and that’s it. So, what happens is they have ended up buying less. There’s a big cohort of people so that’s why I think it automatically over time. But, the other mechanism is the bond market which is a fancy name for saying interest rates the price that you and I and companies and governments can borrow, so if it becomes more expensive to borrow, so think of your mortgage. If you’ve got a mortgage well then if it comes more expensive to borrow. Then you spend less so leverage works in crypto that you have some bitcoin and you want to borrow some or some us dollars or whatever it is you want to do. So, you will pledge. Your interest payment is collateral as collateral and your interest payments are whatever they are. But what happens is if the collateral falls and the exchange or whoever it is or the d5 protocol says: “Oh it doesn’t cover the amount you get liquidated immediately”. There’s no negotiation. Nothing just like boom out and you take the loss go into financial markets like the futures markets which are mainly for accredited or sophisticated investors. It’s not an instant liquidation and that’s terrifying because suddenly something like the oil price.

Let’s say you’ve bought some oil futures. What that is a is leverage on the future price of oil that’s like you would do with bitcoin oil sometimes can go down 10 a day and before and because you’ve got leverage before it you’re losing enormous amounts of money. They don’t liquidate you they call you up and tell you. You owe the margin and you can get yourself in a huge mess. So, leverage is very scary the nice way of playing leverage is options. Options are something definitely worth people learning about. You’re okay still. So, it’s just a different way of doing risk. I think there is a narrative that says that the fed has to do this. But, you and I don’t borrow at fed funds rates. The markets already changed our mortgage costs or whatever. So, I think the market does its job but there’s some belief that it has to be driven by the fed and their fed funds rate. So, that is I think more of a red herring. I think the free market does its job. However, they have one more thing in their arsenal and that is the balance sheet printing money or taking money out of the economy. When they print money, they’re buying the bonds of the government. So, the federal reserve is buying the bonds of the government so it allows the government to borrow more without causing any problems. So, right now they’re about to start tightening quantitative tightening people hear the terminology. What that basically is a fancy word for. We’re going to take some money out of the economy and they’re going to take money out or they’re just not going to put as much in well. If they stop quantitative easing which is the first step which they’ve done, that’s not putting any extra money in.

When they do quantitative tightening, they take money out. So, there’s a big pool of money sitting there and they say: “Listen! We’re gonna take five percent of that out every year that less money around”. So, the fed can engineer it by trying to raise interest rates. It filters through to our mortgages and other stuff or the market kind of clears of its own accord where prices get too many people to stop buying stuff prices fall back again. So, either way tends to work. We’re in this weird mess where the federal reserve is doing it. The markets are doing it and we’re having to take all the pain in the meantime. I generally think that the market is better at doing it if you actually see it. From my perspective, somebody closely follows interest rate markets and stuff like that they did all of the tightenings anyway well before the fed people like you hear the expression the fed are behind the curve. What it means is the bond market’s already priced it like interest rates need to go up to slow down the economy because there’s too much inflation. The federal reserve are trying to catch up., I actually think the markets do a pretty decent job in the way that you suggest prices rise. Eventually, it gets too expensive.

We stop doing it now. There’s different equations that people fear is when it becomes super entrenched in the economy. We all go to our bosses and go. I want to pay rise and everybody does that at the same time that pushes up prices further you get more wage rises and that’s a let’s talk about it in financial term. Financial market terms or macro terms. I think there’s three things you need to do here one income rule. The world income pays your bills income can pay your mortgage income does everything secondly is you need to have optionality. You need to have things that can pay off a startup or a hobby business on the side can give you optionality because you can build a business and a business has intrinsic value plus it can increase your income which will never happen. If you work for a corporation, you can have a great career and do fine. But, you’ll never have that extra upside that you and I have had by building businesses. So, that is another thing is focus on your income, work hard, look for other opportunities that can leverage that income and opportunity set. That you’ve got for you and then thirdly is if I’ve got this income look for investment opportunities that can change my life and that doesn’t mean being a degenerate gambler. It’s like simply put if there is a thesis for example in cryptocurrency that you. I share that this is a long-term network adoption of this incredible technology that is exponential in nature and highly volatile. 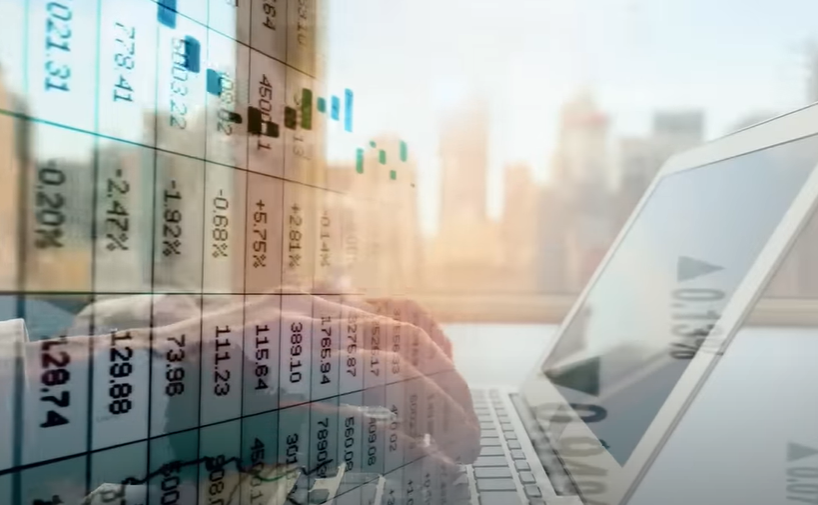 You should be looking at the moments of extreme weakness, the blood on the streets, to be buying more not on leverage. But just putting your money into it, so if you’d have bought a house after the 2008 crisis. You’d have done very well. If you’d aborted at the peak, you’ll have done less well right. So, timing matters, and I looked at this to give you a specific example. I went back with a bit of honesty thinking I’m looking at my ETH price. Why didn’t I sell it for 3 000? I should have just. I could have bought it back cheaper. I know that that is a siren song that goes in your head right mental torture and I’ve been in this space since 2013. So, I went back and looked at my entries and exits. What I did in the past and what had happened, if I just bought and hold. What had happened, if I bought and held and added, when it was this far oversold you.