GT-Protocol Blog Profits are RUNNING OUT for Crypto 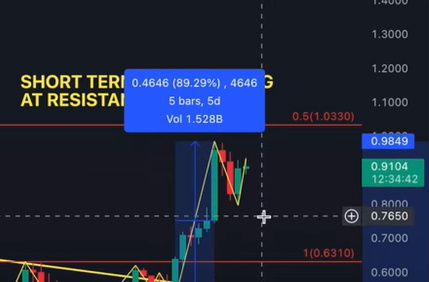 How are the profits beginning to run out on cryptocurrencies right now? Let’s take a look at that in the charts specifically on the major cryptocurrencies and, of course, the traps that continue to present themselves for new traders in the Bitcoin Market. Let’s crack on with what we’ve got today, so I’ve got a couple of things that I want to look at the traps. How we can overcome them and the smart money is not always smart money.

This goes for billionaires as well. I’m sure what I’m talking about here and we’ve heard recently about Elon Musk selling 75 of his Bitcoin. But, there is some important information to know about the selling of Bitcoin the pricing and what that mean for the market. It doesn’t always mean what the news tells us to believe. That’s obviously why we’re here on the channel so let’s take a look at Bitcoin first up these traps. You must think there’s a trap. There’s something emergency on bitcoin and crypto every single day not necessarily but there are always traps and the trap at the moment is the price increases for Bitcoin and cryptocurrencies.

Now we’ve followed this move looking at the possibility of Bitcoin getting rejected on the eighth or at least about 21 700 level. That is a key level for this point so it’s going to be a trap to the downside and we’re also seeing a trap to the upside as well for Traders and Traders. At least, new Traders the dumb money that is the technical term you’ve got smart and the dumb, and that always chops and changes. So, you’re not always dumb or we’re not always smart. That’s going to depend on who is on the right side of the market. What we’ve been following is the rejection that Bitcoin has done the last three times every time it has dumped and then recovered. You can see that it has been rejected at that first dump – that first bounce price.

You can see here’s the dump this was scary, this was the Market Center. It was extremely fearful here and then it bounced so put it recover from that bounce price and you can see again for Bitcoin here. It has dumped and then it has bounced.It couldn’t recover that bounce price that first bounces out of the low price look what it’s just done. So, over the last five days, it recovered and closed above that bounce price where it’s dumped to. Then the bounce and we’ve covered recovered from that point so that was what I was leading me to believe that we’re in for a stronger rally than what we’ve seen the last three times in this bear Market. It doesn’t mean the bear market is over. It doesn’t mean that we won’t test these lows again. But, it does mean that the training can become a little more tricky especially for new Traders because they were hanging on and waiting for the market to give them more signals and they come in late. Then when you come in late the Trap is that you have missed out on the majority of the first run.

The second run isn’t always as strong as the first run or the um you know the runs that preceded where it currently was so the Trap that I’m seeing here doesn’t mean it has to play out but what happens when people are trying to buy and sell even long-term investors new traders who are trying to dollar cost average in they continue to get fearful about what’s coming next in the market. Think, if the market goes against them as we saw in the last couple of days they freak out because it’s already gone up so much. They want their position to be in profit straight away. So, the mental game that goes on here for them is that. They’re bought in at the top feeling like all right everyone else is in. I feel comfortable buying now.

I don’t want to be in FOMO. From that FOMO they place an order it could be a long-term position where they say I don’t care I’m just going to buy in. It’s going to keep going up or if they think I want to trade this I’m going to sell it out when it goes up a little bit more. Then buy it back when it drops further the problem with that is. It’s already gone up 20-30 in some cases like we’re seeing with Matic 200. So, they’re buying when everyone else is already bought and they’re now selling out. We’ve seen that the chart has told us that there was some selling maybe from professionals maybe from the smart money just at least taking some profits because they’ve already made a decent amount of profit on their leverage positions so or even in their spot positions.

You can do pretty well on just your spot trading with cryptos. So, the Trap then is this next move up. People have been buying this dip thinking that they’re going to get another one of these moves and it may not come we’re not saying it won’t or it will but the probability that you’re going to get another exact move of this is probably a little bit less now that people have seen what has happened doesn’t mean it can’t happen. I know, I need to keep saying that because people think. It’s a black and white situation it’s just preparing for the probabilities and so from this point. We can see what’s ahead we’ve got two resistance points now. We have our 50 level, so that was the target there and this may have been the first attempt to overcome that Target that was on the 20th of July hitting a top of 24 287.

So, what happens next is maybe we start to climb up and the percentage gain is nowhere near what the first game was that first gain was about 28 percent. If we go from the low to the resistance level at the 50 levels. It’s about 10. So, it’s nowhere near as much and that could be the next round of selling from those who were profiting through this zone, so who got on early and took the risk. Maybe, they entered on this breakout which is what we were specifically looking at the higher volume. So, you still got a bit of a move here. Maybe, you’re just looking to take a few more profits because you’re not selling all of it at this level here. That’s the resistance level and then see how the market reacts maybe it sort of comes back down and forms a more macro stronger bullish position with the higher lows come in. But, that takes more time to play out.

Because it’s a macro picture, so that’s the trap with Bitcoin to the upside and potentially comes back down who are buying up here even though 23k could be a very good price in two or three years’ time it sort of scares. A lot of people out of the position because we’ve been going down for so long and it could be another few months before we actually get a move on and pass forty thousand dollars. So, they just want to get out take the loss at 21k or thereabouts able to come back and test that support level at 21.7.

They’re out again before the market pushes up in the next few weeks to test that higher level. These are all scenarios that could happen based on any number of ridiculous news announcements. But, what is actually going on with the buyers and sellers. This is what I think will occur. I think will probably get some sort of test at these levels between 24 4 and 26k. Maybe, it’s a day maybe. It’s a couple of four-hour bars that pull back and that then start to scare out the new Traders. So, that’s the trap at the moment at least on bitcoin. We’ve got to look at the cryptocurrencies as well so how to overcome that. Well, if we’re getting in early, then these stops are there to protect us. If wewant to sell out in case the market goes against us so keep them as tight as where they fit on your plan.