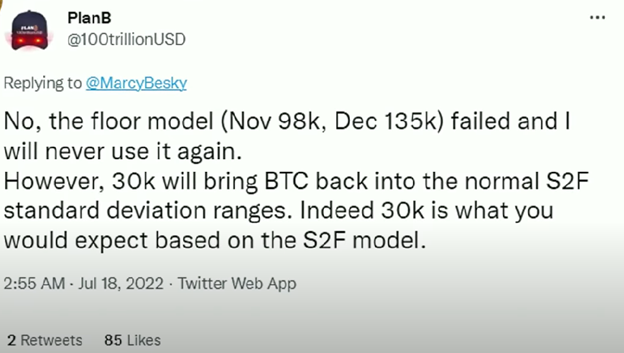 After a couple of rough months, things are finally looking up for the cryptocurrency market, which has once again surpassed the 1 trillion mark at $23,683 bitcoin, the world’s largest cryptocurrency by market cap, is at its highest price since June 13. The asset has gained nearly 20% in the last month and over 17% in the last week, with ETH, the native token of the Ethereum network, recouping even more of its previous losses at over $1.500. Aside from the recent price increases, the crypto token has gained nearly 50% in the last month and more than 5% in the last week. Moreover, you may start to copy trade crypto right now. All you need is to install a copy trading bot, Jet-Bot. You don’t need to transfer funds to the platform. You hold your crypto in your own personal Binance account. You can connect your Binance account to Jet Bot platform via secure Binance API connection. Jet-Bot will not have the access to the withdrawal function of your exchange account.

Apart from the recent price gains, the members of the Ethereum community are excited about the oncoming shift from proof of work to proof of stake. According to a tweet post from Ethereum beacon chain community director superfiz, the much-awaited merge could happen on September 19th. However, they noted that the timeline isn’t final, urging people to look out for official announcements.

The recent spike in prices has raised enthusiasm within the crypto community. As of press time, the crypto fear and greed index, a multi-factorial crypto market sentiment analysis, is at 31 after falling to a low of 6 last month. With the spike, we’ve gone from extreme fear to fear with the market so pumped.

The Bart pattern is a meme method of describing a consolidation phase of the market. The pattern, which is used both in the crypto trading and stock markets, is inspired by the Bart Simpson character. In the popular American sitcom, Bart is a failure in school but a rebellious kid who loves pranks. The shape of consolidation resembles Bart’s hairstyle.

In the positive bar, Bart’s head is in the correct position, which shows the market is lacking the volume to push prices upwards. This causes a significant drop due to a lack of volume trading.

In contrast, negative Bart shows the character’s head in an upside-down position. It occurs when there is a sharp sell-off followed by the realization that the asset is too cheap and a buyback that shoots up the price again, sometimes higher than before the sell-off.

This is what Plan B is predicting for the world’s largest cryptocurrency. According to Plan B’s estimate, we had a large liquidation sale and are now entering a buy-back period. Plan B also predicts that the buyback will push bitcoin to $30,000 before the end of September. As of press time, just a day after Plan B’s tweet, bitcoin is less than $7,000 short of the analyst’s prediction. Could this be what Plan B needs to regain the trust he lost when his floor model failed last November? Hopefully, we will have the answer to that question within the next week or two.

While commenting on a reply to his original tweet, Plan B also noted that bitcoin at 30k will be closer to what his stock to flow model is predicting for the crypto asset. A curious Twitter user asks if Plan B will reactivate the floor model. Here is his reply:

But the recent spike is a much welcomed development. The momentum might not be sustained for long. The US Gross Domestic Product Report will be released on July 28th. If it comes in negative and shows the economy is in a recession as many market experts suspect, it might negatively impact the economy.

What do you think about Plan B’s latest prediction for bitcoin? Can the market sustain the spike or will this be a short-term reprieve?

There is a reliable way to trade bitcoin with