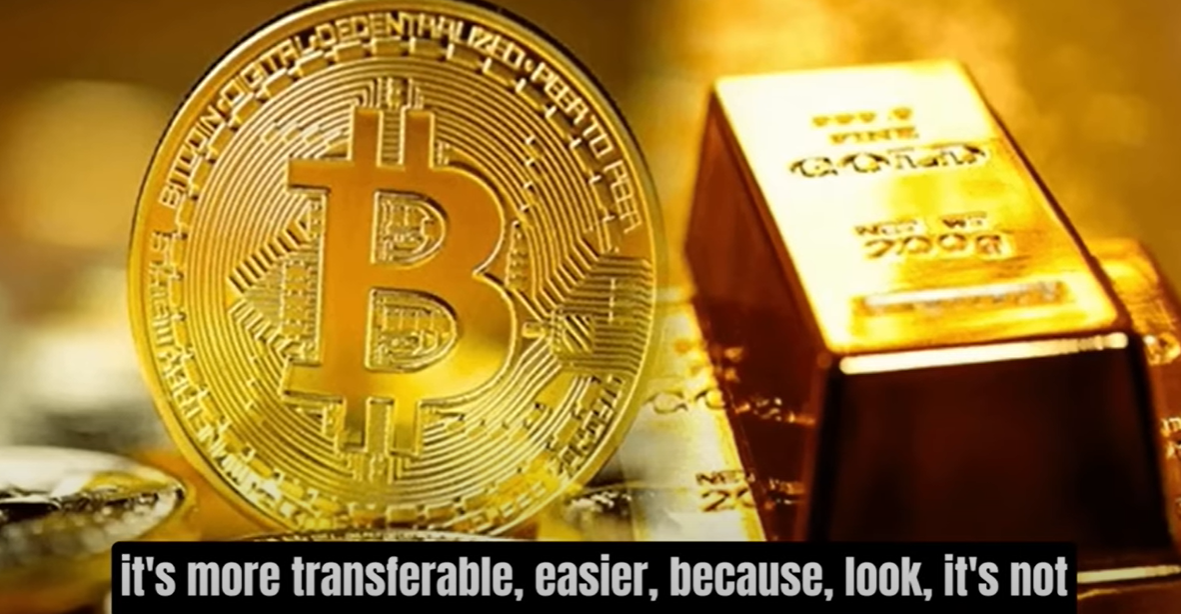 Bitcoin I look at is the store value and the maxis, for the most part, will just hold on because of their cost. They probably already sold what they need to sell and they don’t want to pay taxes anymore. So, they’re probably going to hold on and the data from wallets support that right the longer people hold the longest. They hold right they do hold Ethereum the concern there. I own a lot of Ethereum. It is more on the utility right, so what drives me in and out and I’m waiting more on the sidelines. I’ve sold a bunch of my Ethereum. Fortunately, I am looking to see the applications that drive transaction usage you know because it was d5.

It was NFTs and that was driving a ton of transactions and now that d5 is no longer being subsidized. You’re seeing you know two percent three percent and where you’re seeing 10 15 20 or more APR it’s or yield rather. It’s because somebody’s subsidizing their coin right and they’re doing it two orders down instead of just writing you a check or sending you money. They’re just saying. We’re gonna give you our token. We want you to hold it and we’ll create some inflation. We’re hoping that there’s somebody there to buy it at some point in time. That’s just a recipe for failure, so when I see some of these chains.

That is just offering tokens they better have raised a whole lot of money. Otherwise, they’re going to fail but on the flip side you’ve got NFTs on Ethereum. You’ve got another d5 and you’ve got other applications that are working that can generate transactions, so then it just becomes what new applications will generate transactions and that’s what I look for. NFTs are no longer enough for it to just say this makes it a no-brainer. We have to see the follow-on transactions and that’s why I’ve said we’re in a low period just like we were on the internet where after e-commerce and search engines and some basic stuff it took some time and some technological advancements for the internet really to start getting some really advanced applications where people said okay I have to use it. Then mobile took it to a next level et cetera et cetera and that’s what we need in crypto we need those applications. There are a lot of things that are created when we started audio net which was the very first streaming business in 1990 early 95 we thought that our first source of revenue was going to be Muzak for e-commerce sites. Because that would help you buy more or you’d have a voice of god talking about the product nobody wanted to pay us to do.

But they wanted to hear the cub’s games and they wanted to hear this or that in the office because we were the only place that you could listen to anything. Because you probably didn’t have a radio or TV at your desk and so what you initially think is going to happen in any business I’m sure when you started crypto’s, crypto critics corner. A lot of things went in a lot of different directions than what you initially expected. That’s just the nature of business and that’s being an entrepreneur. That’s being opportunistic, that’s being innovative you take things in a different direction than people expected them to yeah all the bitcoin maxi who cared. It’s like you know hey you’re an inflation hedge, not the United states you’re not maybe in Venezuela. It’s a great inflation hedge but not in a nation with a reserve currency. It’s you’re just not high in countries where there’s hyperinflation right it is ahead and so is the US dollar and so is any remotely stable asset, but gold thinks about this gold’s been saying. It’s a hedge to inflation for millennia and it’s still not and you know commercial selling that that’s what they think. It is and it’s not going back to stable coin versus not having the word stable. There are things that just if people repeat it enough they think it’s true.

That’s why companies buy marketing because they hope that if you say it enough. Everybody’s going to believe it. I’m actually more positive on bitcoin than probably most people. There are a lot of arguments to be made about how it’s not you know decentralized and this. But, I think it’s a better store of value than gold, and when people that’s not saying much. No, it’s not but at the same time, people have to put their money somewhere sure, and if you look across the spectrum of assets and whether you have a hundred dollars to invest or 100 million to invest. When you look across the spectrum it’s difficult for people just to put their money in the bank. There are risks other than treasuries which are paying 2.9 percent where you lock up your money for 10 years. That’s not really attractive either. People are going to make choices of where to put their money and the question becomes what and when and right now.

I don’t think it’s when but I do think bitcoin is usurping gold as a destination as a store of value because gold people talk about. Well, there’s no utility on bitcoin. I can’t argue a whole lot of that. There’s a little bit of utility not great but if you look at gold it’s not like people need jewelry right. It’s not like that’s a need right, that’s just vanity. So, they’re equivalent in my mind. I think bitcoin from a pricing perspective. I think it will hold a lot better than people expect right now when you look at bitcoin. It’s just the things I’ve said it’s store value. I think it’s better than gold because it’s more transferable and easier. Because it’s not like people actually hold bars of gold, the buying and selling of the gold is all digital transactions.

It’s all fractionalized and virtualized so they’re six and one-half dozen the other. I think there’s always going to be a market for simple store values other than cash because people are willing to other your homes even because people want to take on some risk to try to get some appreciation because that’s the only way. You’re going to get wealthy. If you’re just working every single day and trying to save money for retirement. It’s hard at 2.9 percent for 10 years bitcoin, I look at the store value and the maxis, for the most part, will just hold on because of their cost. They probably already sold. What they need to sell and they don’t want to pay taxes on anymore. They’re probably going to hold on and the data from wallets support that right the longer people hold, the longer They hold right they do huddle, and Ethereum the concern there.