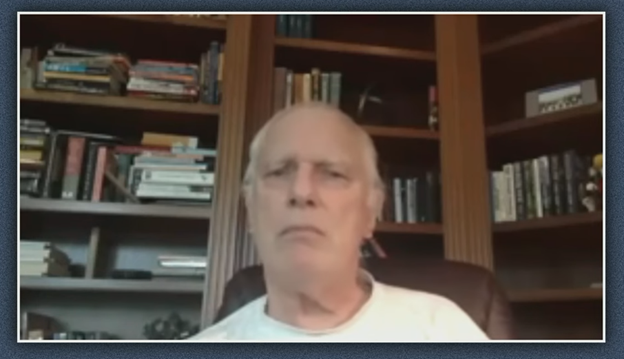 ‘Governments all over the world have orchestrated artificially low interest rates. They’ve done that in a number of ways, and when interest rates are low, that makes people think, “Uh, it’s not worthwhile saving, but it is worthwhile borrowing.” The government’s manipulating interest rates is always a disaster, even if, for the short run, it can make it put you in a fool’s paradise, but in the long run, which has arrived, incidentally, it gives you a very real disaster.’ – Doug Casey.

According to data from the U.S. Bureau of Labor Statistics, the U.S. consumer price index for June 2022 was 9.1% instead of the expected 8.8%. Compared to June 2021, gas prices have risen by 59.9%, fuel oil prices by 98.5%, and prices for meat, poultry, fish, and milk have risen by 10%. In comparison, real average hourly earnings have decreased by 3.6%. The CPI increased by 1.3% in a month, the largest increase since 2005. This will mean a lot of pressure and more interest rate hikes from the Federal Reserve as rising prices continue to sap purchasing power and consumer sentiment. It will also put a lot of pressure on President Joe Biden and congressional Democrats, whose popularity continues to dwindle ahead of the midterm elections.

Though we are yet to see any tangible effects of the interest rate hikes on rising inflation, its effects on the financial markets can hardly be missed. If anything, more interest rate hikes will probably lower consumers’ expectations and add more uncertainties to an economy that is already fraught with a lot of them.

But before we continue, let’s look at the Jet-Bot bitcoin trading platform. The platform is the official broker of the Binance exchange. Register now and start to receive your passive income through crypto trading.

In a recent interview, American writer and speculator Casey Research chairman discusses rising interest rates and how they may affect the average American’s life. Casey acknowledges that the problem is not just an American problem, adding that the global economy is embroiled in a giant disaster. In his interview with Doug Casey also talks about investing and how investors can avoid getting wrecked with the rest of the economy. We will now take you to Casey’s interview:

‘The stock markets of the world have done really, really well for the last couple of generations, and a lot of it’s been driven by phony money, fiat money, and artificial credit created out of nowhere by governments for political reasons, and I’m afraid we’re going to have a comeuppance and that will mean lots of bankruptcies. Individual bankruptcies, corporate bankruptcies, pension funds that go under because of their assets crash.

Prices in most Western countries are currently rising at a rate of 10 to 15% per year. Yes, everything is 10 to 15% more expensive than it was this time last year. Being conservative. How are you compensated by that 1%, 1.5%, 2%, or whatever it is? It’s like a guaranteed loss of 8 to 10% per year, so where are you going to hide? You can’t go into the stock market. The stock markets are still grossly overpriced. I’m not saying that there won’t be a big bounce; I’m just saying that they still have a long way to fall and can’t go into the bond market. I mean, bonds are a triple threat to your wealth. You’ve got inflation risk.

Why is bond a triple threat?

Bond is a triple threat for three reasons. Number one is inflation. Okay? The dollars those bonds are denominated in are losing value at the rate of 10 to 15% per year right. So that’s going in.

Number two is the interest rate risk. Your bonds are 2 to 4%, whatever they are, but interest rates are probably going to go way above the current rate of inflation. I think they’re headed back to 8, 10, 15 percent, or more. The current value of a bond fluctuates inversely with interest rates, so that’s the second risk.

The third thing is the default risk. Of course, your government bond won’t default because they’ll just print up more money to pay it off, but corporations can default, in which case you get part or perhaps zero of what you put in. Bonds are a triple threat to your financial well-being. You should sell your bonds tomorrow morning, from stocks to bonds to real estate and other financial instruments.’

Everything is buckling under the intense pressure of supply chain issues. skyrocketing inflation, interest rate hikes, and poor monetary policy. The question remains, how do investors get by during such times? Here is Casey’s good-natured but somewhat old-fashioned piece of advice for investors:

‘Yeah, where can you run and hide? Let’s look at the alternatives. You can stay with cash. Okay, maybe it’s better to lose 5 to 10% per year but still have the cash, assuming your bank gives it to you. Which is another problem. Banks treat the money that you deposit with them today as a kind of their money, not your money. It can be hard to get your money out of a bank these days.

You can go into the stock market, but just as we’ve had a 40-year bull market in many ways driven by artificial credit creation. I think we could have a long and nasty bear market, so I don’t like those bonds. That’s a kiss of death, so stay out of there.

What about real estate? It’s been very good to almost everybody for a long time. The problem with real estate in most of the western world is it’s built on a foundation of debt. It’s all borrowed money everybody, not everybody, most people have a mortgage on their house, and that includes commercial buildings and everything else. It’s all built on debt, but as interest rates rise, it’ll become less possible to, um, to build or to buy, and as interest rates go up, which they will, the price of a house fluctuates inversely with it. I mean, I could buy a billion dollar house. If I had no interest rates and the mortgage extended for a million years, I could live in a billion dollar house. But if I’m paying 15% over 10 years, well, I can’t afford nearly as much. If you follow what I’m saying.

So, I’m afraid that real estate in general is kind of overpriced, and the other problem with real estate is that it’s the thing that is easiest and most liable to be taxed by the government. It’s obvious, it can’t be hidden, and it’s something that only rich people have, or at least middle class people have. So real estate has been very good to me in a lot of countries, but uh, I’m not crazy about it anymore.

So where are you going to run and hide at this point? Okay, it’s really quite tough. This is why Richard Russell, some of your listeners may know who he is, or was. I should say, says that in a depression, everybody loses. The winner is just the person that loses the least. That’s why they call it a depression. That’s a period of time when most people’s standard of living drops significantly. Okay, that’s what we’re going through right now.

So what should you be doing? I’m telling you what you shouldn’t do in dangerous areas. Well, I’m forced to the conclusion that if you want to preserve capital, even at $17,500 or whatever it is, I’d say buying gold coins is the smartest way to save and put capital aside and just have it. It’s money in its most basic form. It’s the only financial asset that’s not simultaneously somebody else’s liability, and that’s really important in an unstable world like today.

So, first and foremost, buy gold, followed by silver, is a different investment entirely but worthwhile considering in the same light. But, I think that you have to try to be a speculator, which is not a good idea for most people. Most people equate that with gambling, or it turns into gambling for most people if they don’t know what they’re doing. Let’s the world we live in, but, let’s say that when this thing is over, depending on how stupid governments are and there’s a lot more stupid things they can do, let’s say it’s over in 10 years, 20 years. Most of the real wealth in the world will still be here, most of it borrowed from World War III. It’ll just change ownership.’

With inflation at a 40-year high and getting so close to the double digits, we can expect even more surprises from the crypto market within the next week. As of press time, Bitcoin is currently trading at 19,239 USD, a 2.73% decrease in the last 24 hours. Ethereum has also dropped more than 3% and is now trading at $1,366. too early to tell how investors will react to the latest surprise from the Bureau of Labor Statistics, but if the past few months have been an indication of what we can expect now, it might be wise to brace for some turbulence.

What do you think about Doug Casey’s interview and the latest surprise from the Bureau of Labor Statistics?