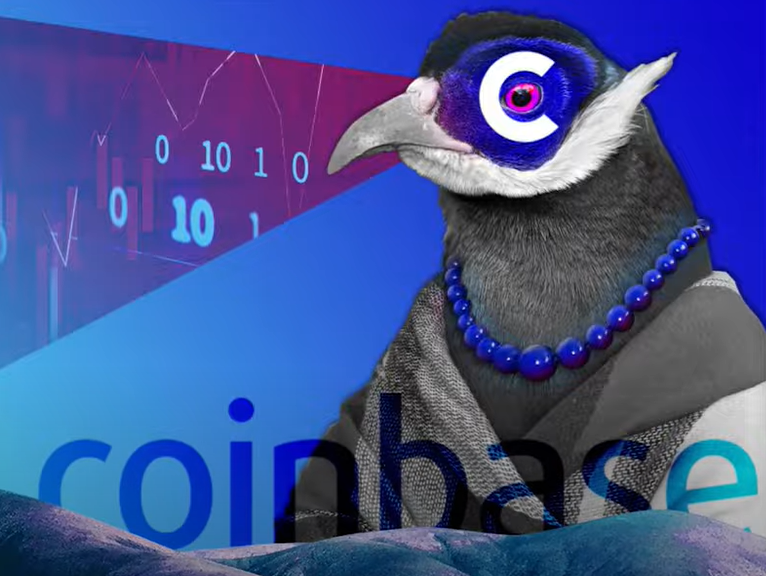 The SEC ignores the rule book while flexing on Coinbase. Two pro-crypto senators propose a bill on exempt taxes on small transactions. And instead of facing the fact that we’re in a recession, the White House decided to change the definition of what a recession is. My name is Ben. This is your nightly crypto news wrap-up.

Let’s get it! Bloomberg has learned that Coinbase is facing a US investigation on cryptocurrency listings. This move comes as a chorus of US regulators to do more to oversee the crypto industry has grown louder. Joe Mathieu, Bloomberg Washington correspondent, joins us now with the latest from DC. So, Joe, it seems like we talk a lot about regulatory scrutiny of cryptocurrencies, and yet we have yet to see real tangible regulation in large part. Yeah, it’s been on a real simmer here. And Coinbase, by the way, says it did nothing wrong, Kailey.

That it’s confident its diligence process, which it points out in a statement has been reviewed by the SEC, is in fact designed to keep securities off the exchange. But, of course, we have three sources telling Bloomberg that the SEC is in fact probing the company and it’s been looking more closely at Coinbase since the company began increasing the number of tokens that it trades. For our listeners and viewers who do not trade crypto and may not see the crypto show with you and Matt Miller, be aware, Coinbase trades a lot more than Bitcoin. In fact, more than 150 different tokens are traded.

And they’re asking the SEC for clarity around the rules even as they make clear that they don’t think they did anything wrong here. If they were found to have traded securities, then the company may well have to file register with the SEC as an exchange. In the aftermath of Ishan Wahi’s arrest, Coinbase product manager who got pinched last week in an elaborate insider trading scandal, Bloomberg reports that the SEC is now probing Coinbase for selling securities. Although Bloomberg source was an anonymous insider close to the issue and the probe is yet to be officially public, this is a classic example of the SEC abusing their power, overreaching and regulating by enforcement. Apparently, the SEC believes 9 of the coins that were traded in the Ishan Wahi scandal were securities. But if memory serves me correctly, there were at least 25 different crypto coins involved in the crime, right? So, how does the SEC pick and choose which 9 of those 25 are securities or not? Did Gary Gensler put all the names in his hat and pick out the ones that get lice?

Just kidding. He doesn’t have enough hair for that. This doesn’t make up for this! I digress. I thought the SEC needed to win the XRP case first to have precedent to go after everyone else. I guess not. What the SEC wants is for Coinbase to have to register with them in accordance of Section [6] of the Securities Exchange Act of [1934]. Classic! Way to use an 88-year-old rule to try to stifle a futuristic industry that could innovate the world as we know it. Great job, everyone. At least Coinbase’s Chief Legal Officer Paul Grewal held his ground in a tweet with a blog that proves Coinbase doesn’t release securities. It illustrates that Coinbase goes through a rigorous process to analyze and review each digital asset before making it available on their exchange. A process that the SEC itself has reviewed. It’s a shame that instead of making clear rules for regulation, the SEC only uses every ounce of dirt they can get to muddy the water even more in these devolved acts of backdoor regulation. I’m convinced that the rules won’t be clear until Gensler gets the boot. And that might go down as the most bullish day in history. Let’s pass it off to Frankie Candles for a market watch.

Let’s jump in and do a little market watch here. We’ve got Bitcoin coming in at $21,180. Down about 2% on the day ETH coming in at $1,431 Down about 2.6% on the day Now, I do just want to pull up the charts really quick here, guys. Bitcoin has come down and almost hit our target perfectly, coming down to about $20,700. Now, we are coming up to a local golden pocket. Now, the question is, are we going to stick this landing and come up to higher prices? Or is there more pain on the way? And right now, with the 16-hour money flow and the 12-hour money flow crossing down into the red, it is making me feel a little bit bearish. And I will be looking at the 6 and the 5-hour money flow crossover into the red to potentially add to my short positions.

At least everyone in the government isn’t a grumpy, no-hair-having sociopathic FUD machine. Senators Pat Toomey and Kyrsten Sinema recently introduced a new bill to the Senate that will exempt crypto transactions of $50 or less from capital gains taxes. Known as the Virtual Currency Tax Fairness Act, this bill comes with a provision to adjust the $50 standard in conjunction with inflation. The way things are now in the eyes of the IRS, every single crypto transaction, even when it’s a payment, is considered as an investment? Because of this, we’re supposed to pay capital gains taxes on literally everything we do. This bill plans to lessen that blow, which will make more people want to use crypto for small payments, especially as the industry enters the limelight. Similar bills like this one have been proposed before, but they weren’t even ever voted on, and the increment was for $200, not $50. Hopefully, this bill sees the light of day because something has to change, for sure.

For all of history, a recession has been defined as two consecutive quarters of GDP numbers falling. Q3 began on July 1. As the numbers are coming out and as the truth is about to hit the fan, the White House comes out and changes the definition of a recession! You cannot make this stuff up. It would have been one thing if they saw this coming and changed the definition earlier in the year, but to do so now is sadly comical.

This reminds me of how they changed the way they calculated inflation to make things look better than they really are. And the number they gave us is still at 40-year highs. I’m scared to know the real numbers. Obviously, they’re saving face to protect their reputations and to prevent widespread panic. With the coming Fed hike tomorrow, this is the closing window of time they have to correct years and years of mistakes. If they set the record straight, great. But if they botch it and lie about it, they’ll probably just tell another lie to soften the blow, Be careful if you’re trading out there. Things might be about to get really messy. T