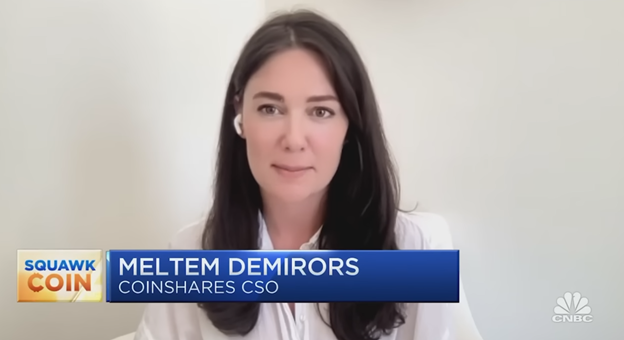 ‘Is this one of those things where people are resetting their expectations, saying that maybe it will go from 20 000 to 40 000 in the next four or five years? Is it still a half a million dollars or a million dollars a coin on bitcoin? I mean, how do you look at that versus what you think of as a potential downside risk?’

Let’s talk realistically about what happens next for bitcoin. What will the ultimate bottom for bitcoin be in this bear cycle, and how long will it take for bitcoin to break above all-time highs? Then I’ll give you an update on Cardano. If you like Cardano, you’re going to want to stick around for this before we talk about the ultimate bottom price for bitcoin. However, before we talk about when bitcoin breaks all-time highs again, it’s very important to me to be realistic with you. There’s Jet-Bot, a Binance copy trading platform that acts as an official broker. Copy trading with Jet-Bot is the most effective technique to get passive income from your cryptocurrency. You can connect your Binance account via API keys without having to deposit funds on the platform.

What happens NEXT with Bitcoin? (Realistically)

We would all like bitcoin to hit its ultimate bottom tomorrow. We would all like bitcoin to break above its all-time highs next week, but realistically, what’s most likely to happen next? What do you think? I really like how bitcoin expert Meltem Demirors of CoinShares answers this question. She’s a star in the cryptocurrency space, the chief strategy officer at CoinShares, and they ask her what happens next with bitcoin. Can we break out of this cryptocurrency winter soon? I think her answer is spot on:

I know we’re having a bit of a crypto winter this summer, and I think everyone’s wondering if it’ll reverse in winter, meaning when we get to our own winter, will there be some kind of reversal? What do you think?

For us at CoinShares, the view is that we’re going to stay where we are for a while. There are no near-term upside catalysts. We have yet to see bitcoin in a recession. Arguably, we are in a recession. We don’t know, but with what’s going on in the Eurozone around the world and here in the United States with the Fed hiking rates and cutting back on their open market activities, they certainly expect more pain ahead for tech stocks’ growth and also crypto.

I think the big question is, what are traders doing about what’s happening in markets? We obviously had a lot of liquidations and a lot of insolvencies that had a massive impact on the market. We think archaegos are bigger. We’re talking about 10 to 30 billion dollars of capital that has been basically sort of evaporated overnight liquidity that’s gone out of the system, and we haven’t yet seen the full impact of that because most of the companies in this industry are not publicly listed. So we don’t get that transparency that we normally see.

She says bitcoin will continue ranging in the short to mid term because there are really no major catalysts in the short to mid-term besides the recession and the general macro backdrop. I tend to agree with this, but I do think there’s an opportunity in being in bitcoin or in crypto at this time, particularly if you invest your time learning and really understanding the space.

Lowest Bitcoin Could Go? When Will It Break Above ATHs?

The big question, however, is what’s your best guess on Bitcoin’s eventual bottom? Has it happened already? What is the lowest it could go? When will Bitcoin break above its all-time highs again? That’s the big question.

Let’s think about it this way: It was just, it felt like for a lot of people, a runaway train. People wanted to get on that train before it ran away. It ran away briefly and then came back to earth. What do you see over, let’s just say, the next 24 months? I don’t know if you should even look at five years. Is this one of those things where people are resetting their expectations, saying maybe it goes from twenty thousand over the next four or five years to forty thousand? Is it still half a million dollars or a million dollars a coin on bitcoin? I mean, how do you look at that versus what you think of as the potential downside risk?

Yeah, that’s a great question. I think that’s absolutely the right frame for long-term investors, which is what we’re focused on. Bitcoin is and has always been a secular trade. It’s a very cyclical asset that goes through these cycles of ups and downs, highs and lows. Historically, the drawdown from peak to trough has been 80% to 90% in bitcoin copy trading. We’re currently sitting at about 65% from our all-time highs in November of last year, so there is still room for some downward correction. We at CoinShares don’t see bitcoin going below that $14k threshold and we’ve seen strong support around $20k, but again we’re looking at this. I think in the next 24 months we will see new all-time highs in bitcoin.

There is a long tail of other crypto assets. You made the point earlier, now let’s get that Solana ticker up there. They’re obviously merging crypto assets like Ether and Solana that have differentiated and no longer have a beta of one to bitcoin. And then there’s a very long tail of crypto assets that I think will go to zero, that don’t really have any long-term prospect, as we’ve seen with so many tech stocks as well.

However, in my opinion, the more time that passes, the better it will be because the genie is out of the bottle. Bitcoin has a network. Cardano as an industry is only getting stronger, and people are starting to realize this.

Let’s talk about Cardano. First of all, my question to you is how much Cardano is in your portfolio. Some people will say zero, some people will say something closer to 50%, to 100%. So that’s up to you to decide. We’ll get into the 30%. Let’s start right here.

Anyway, the key takeaways are as follows: Cardano is currently consolidating between $0.43 support and $0.50 resistance, whereas mid-sized shark holders have added over 79 million ADA to their positions. Mid-sized shark holders have added 79 million ADA to their positions at this price range. To me, overcoming resistance at $0.50 could trigger a 52% breakout. To me, that says Cardano will challenge a dollar once again and this is that data that we were just talking about.

I really like Cardano. I actually like Cardano more during this bear market than even during the last bear market. Having said that, Cardano currently accounts for about 5% of my cryptocurrency portfolio. I do plan to increase it when I know bitcoin’s price action is more solid to the upside than Ethereum’s, but I’m a more conservative investor. If you take more risk, you could have the potential to get a greater reward.

Certain entities have taken this significant risk and increased their Cardano percentage to 30%. Let’s talk about this. Grayscale’s top smart contract platform holdings include Cardano, Solana, Polkadot, and four other altcoins. Crypto asset manager giant Grayscale has updated its smart contract platform holdings as the digital asset markets consolidate well below their all-time highs. In a new report, Grayscale says its fund has allocated funds towards Cardano, Solana, Polkadot and several other Ethereum competitors. The weightings are as follows:

Grayscale notes that as a result of the rebalancing, payment-focused altcoin Stellar was removed from the fund, and their DeFi holdings are also worth noting. Uniswap now takes their #1 spot in their rebalanced DeFi fund:

So Uniswap is the most weighted in their DeFi fund. Like I said, Cardano is their biggest weight in their Ethereum competitor fund. Like I said, I’m hugely bullish on Cardano. The next bull cycle. For me, there’s no rush to get into altcoins over the next few months. They can still grind down or bleed as Bitcoin and Ethereum consolidate and solidify, but some people are taking bigger risks, and they have the opportunity for bigger rewards.